HD Dimitri Vegas & Like Mike - Stay A While (Radio Edit) 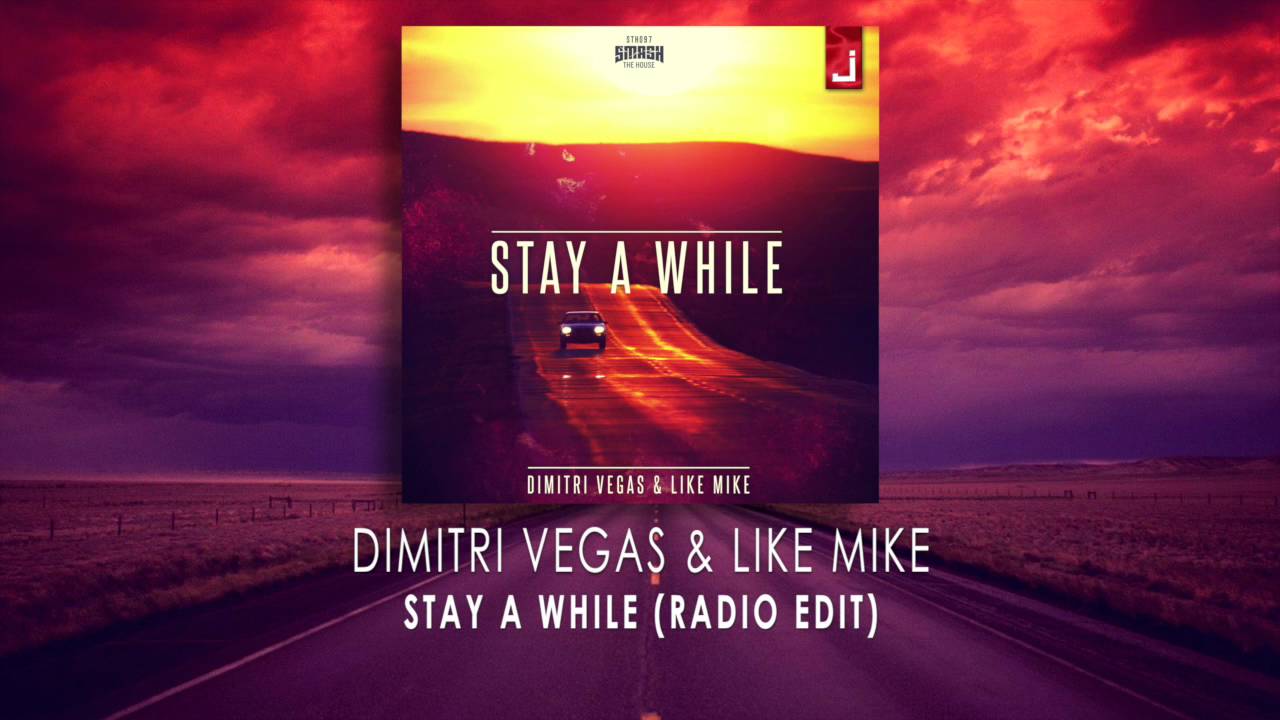 Подписаться 0
214 просмотров
0
BUY IT NOW on iTUNES: Dimitri Vegas & Like MikeStay A While (Radio Edit)Dimitri Vegas & Like Mike’s path from celebrated DJs to dominating the electronic music scene has been a constant, upward trajectory. This year saw the duo claim the prestigious #1 position in DJ Mag Top 100 DJs Poll, voted for by fans worldwide and smashing records as the first ever duo to scoop the prize.Their electrifying live combination of DJ sets and crowd-busting MCing has propelled them towards party notoriety, scooping the hotly contested ‘Best Breakthrough Act’ award at the 2013 International Dance Music Awards (IMDAs) and back-to-back ‘Best European DJ’s’ awards in 2014 & 2015, the pair also later won 'Best European DJ’ & 'Best Artist Group' in the 2016 edition of the IDMA’s. The brothers won ‘Best Global DJ’ at the 2015 edition of the EMPO TV awards in Mexico and repeated the triumph again in 2016, as well as winning ‘Best Big Room’ and ‘Best Music Video’ for their unmissable music video The Hum. They’ve also since been two-time winners of the MTV EMA for ‘Best Belgian Act’ and claimed Beatport’s ‘Artist of the year’ award in 2014 after 10 #1 Beatport hits and counting including ‘The Hum’, ‘Mammoth’, ‘Tremor’ and ‘Eat, Sleep, Rave, Repeat’ amongst their many classics.Whilst their presence across the arena circuit is something to behold and testament to this statement is the soaring number of views that their first ever solo ‘Bringing Home The Madness’ event has achieved to date with over 21 million YouTube views and counting, whilst the event itself sold over 36,000 tickets making it “one of the country’s most impressive shows”, and later aadded a second chapter with three massive sold-out arena spectacles in Belgium & Mexico City. In 2015 the brothers broke records again when all 40,000 tickets for their next run of ‘Bringing The Madness 3.0’ shows at Belgium's most legendary venue — Sportpaleis Antwerpen — sold out in under 40 minutes; a feat previously only managed by legendary names such as U2, Madonna, Beyoncé, and Michael Jackson, leading the pair to add another date due to phenomenal demand from their legions of fanatic fans.The pick-up from the overwhelming fan support generated is as impressive as both their touring and release schedules, with the duo amassing 7.7 million Facebook likes, over 2 million Twitter followers collectively, 2 million Instagram fans and in excess of 375 million YouTube views and counting across their videos, the global phenomenon of the brothers is undeniable. Their smash hit ‘The Hum’ netted them the #1 single spot in their native Belgium going platinum, a feat that was repeated just a few months later with their ‘Higher Place’ collaboration penned with R&B superstar Ne-Yo, which spent an astonishing 10 weeks atop the singles chart in their home country. The track also went on to secure the #1 Billboard Dance Chart spot, furthermore picking up a trend as one of the most Shazamed tracks at festivals including Tomorrowland, TomorrowWorld, Ultra Miami and Creamfields – but Dimitri Vegas & Like Mike are never one to conform to standard practice and continue to push the boundaries of their musical scope. This was proven when the bothers, alongside previous collaborators Steve Aoki and Ummet Ozcan, were chosen to produce the official Belgian Red Devils Euro 2016 football anthem ‘Melody’, a boisterous, explosive track primed to get the team and spectators suitably revved up for the competition this Summer.Never ones to slow down, their crowning position at #1 in the DJ Mag Top 100 DJs Poll will only see the duo propelled to even greater heights. Their relentless drive to continually provide their solid and loyal fanbase with even greater and more exciting shows, music, and madness, is likely to see Dimitri Vegas & Like Mike ascend even beyond the top tier of the electronic music scene. Their appeal and genuine love for what they do has been behind the impressive accolades the brothers have received so far, and they’re only just getting started. Subscribe!Follow Us on FacebookFollow Us on TwitterFollow Us on SoundCloudFollow Us on SpotifyFollow Us on Pinterest
Музыка
× Отменить
развернуть свернуть
RSS
Написать комментарий
Нет комментариев. Ваш будет первым!