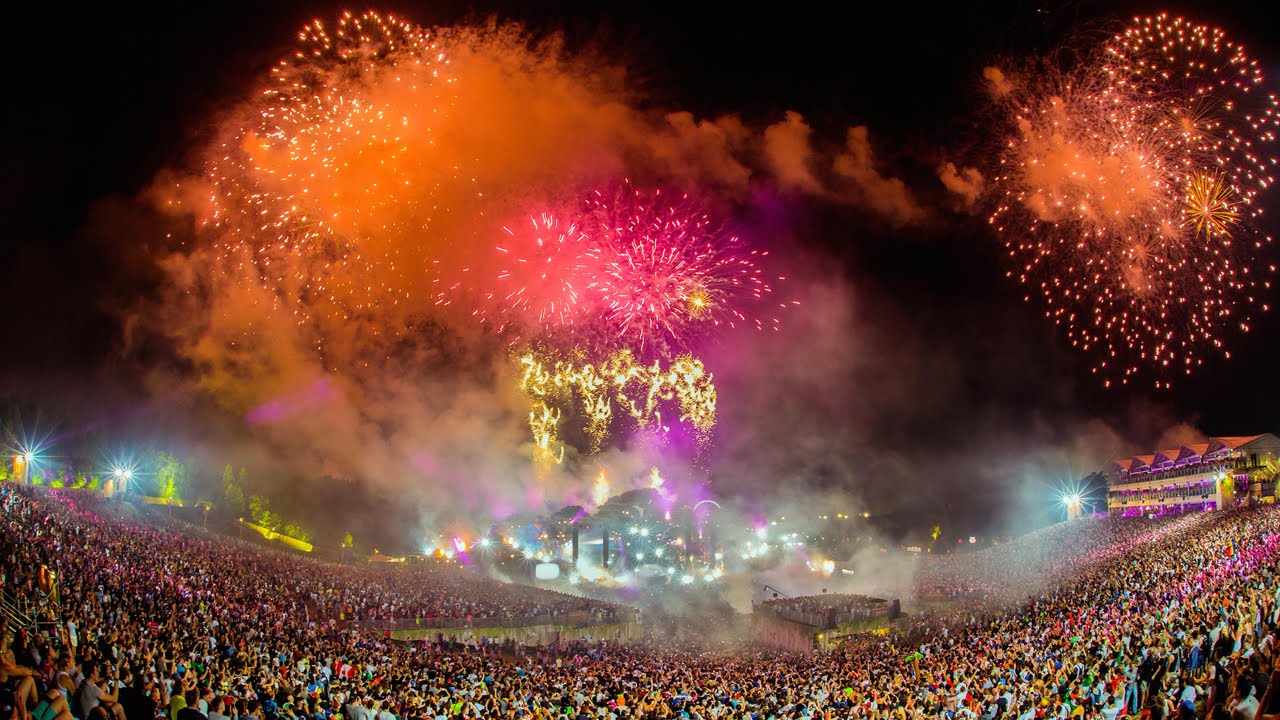 Подписаться 0
229 просмотров
0
Win a trip to Tomorrowland with Dimitri Vegas & Like Mike: Download 12 Dimitri Vegas & Like Mike tracks for FREE: The Kings of Tomorrowland once again steal the show at the Belgium festival extravaganza! Few can argue with the impressive line-up offerings of one of electronic scene’s most extraordinary festival spectacles, Tomorrowland! For 3 days the Belgian family create a world that truly engulfs each and every person of the 180,000 crowd that step onto the festival wonderland site in its hometown of Boom. Amongst the mayhem, the People of Tomorrowland are treated to over 150 of the finest DJ’s the world has to offer, and right atop of that pile of elite stars are current world-beaters, Dimitri Vegas & Like Mike. And once again, following annual form, the Belgian native duo delivered a show that grabbed the attention of the festival’s biggest crowd, as well as countless fans at around the globe – giving Dimitri & Mike the most watched set across the entire weekend’s events! Never failing to deliver, the iconic electronic duo were back home and clearly out to prove once more their place as Kings of Tomorrowland, and they’re weren’t taking any prisoners! With a set list that provided the famed Tomorrowland valley with many of the weekend’s biggest records, it was little wonder then that the 60,000 party animals were treated to a feast of musical madness. From megaton hits like ‘Mammoth’, ‘Melody, ‘Arcade’, as well as recent favorites such as ‘Stay A While’ and their Billboard #1 and Belgian Chart #1 hit ‘Higher Places’ featuring Ne-Yo. But perhaps the most notable moment during their 1hour show was when they initiated a global sit-down with their fan-favorite ‘Tremor’. Tuning in as part of the global Tomorrowland UNITE livestream fans from Japan, Mexico, Germany, Colombia and South Africa, joined in with the Belgian fans at Tomorrowland, to created sit-down the erupted with jaw-dropping force. Fans present on the day and tuning in from a far were also treated to a reveal of Dimitri & Mike’s newest collaboration, ‘Hey Baby’, with undoubtedly one of the hottest producers right now, none other than Mad Decent head honcho Diplo. The pairing of this globetrotting trio has been highly anticipated by fans and didn’t fail to ignite a rambunctious response from the crowd. With their 2015 Tomorrowland livestream continuing to be a hot favourite with fans from around the world, the official YouTube set presently has over 25 million views and counting, the brothers are proving to any naysayers that theirs is something which is still grabbing the attention of a legion of musical loving party animals the globe over. Follow Dimitri Vegas & Like Mike on Spotify:Relive the MADNESS with these exclusive Spotify playlists:Bringing The Madness Playlist:The Official Tomorrowland Playlist:The Smash The House Radio Playlist:Subscribe yourself for more Tomorrowland Music on: Follow us on social media:Sign up:
Музыка
× Отменить
развернуть свернуть
RSS
Написать комментарий
Нет комментариев. Ваш будет первым!